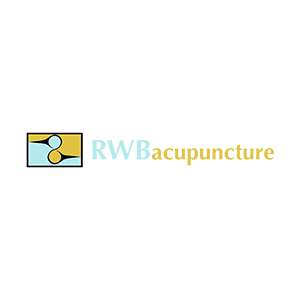 To influence a profound wellness in every human so that stress and toxins no longer cloud our judgement or hinder our vitality.

To align each human with their primal matrix so that humans nourish and are nourished by the planet.

Rebecca was born and raised in Silicon Valley, California. She earned her undergraduate degree with a double major in Politics and Modern Literature from The University of California at Santa Cruz. She studied in Lyon, France her junior year at the IEP, focusing on 20th Century French poetry. She attended the New York University Summer Publishing Institute in 2001. Reoccurring health issues and an eventual Lupus diagnosis prevented her from finding happiness in the publishing industry. She sought acupuncture to minimize the symptoms, and over time with frequent treatments and a steady course of herbal supplements she was asymptomatic. She realized that her calling was to be of service to others in their quest for health. In 2009 she received her Master’s Degree from The American College of Traditional Chinese Medicine. She is fully licensed in both the state of California and Minnesota, and holds certification from the National Certification Commission for Acupuncture and Oriental Medicine. After earning her Master’s she interned with renown Taiwanese acupuncturist YenWei Choong. She earned her Functional Medicine certification in May 2020. As a Nationally Licensed Acupuncturist and certified Functional Medicine provider, Rebecca engages with her clients through acupuncture and massage via the lenses of Traditional Chinese Medicine and Functional Medicine. She finds autoimmune diseases specifically intriguing as they tend to manifest in toxin accumulations, Qi and blood stagnation, and cellular malnourishment.

Rebecca has over 1000 hours of training in Shiatsu and Tui Na massage. She incorporates many Thai Massage skills. Her massage promotes natural detoxification. Focusing primarily on the meridians of the body, her massage technique incorporates active and passive stretching, traction, trigger point, and acupressure.  She excels in deep tissue massage, sports and injury rehabilitation, prenatal care, joint mobilization, and pain management. Her philosophy is to move stagnation from the areas of tension through the meridian pathways to reduce pain, generate qi and blood movement, and increase flexibility.

Regardless of a client’s chief complaint, her ultimate goal is to get things moving through the meridians to awaken the body’s optimal homeostasis, resolve sluggishness, and improve function. In addition, her ability to engage the lymphatic system with qi and blood movement through the meridians via acupuncture and massage, helps her to influence a profound balance in each individual. Rebecca’s ability to evaluate your underlying health needs will help you be better prepared so that you may avoid serious future health issues.

“WHEN YOU TOUCH ONE THING WITH DEEP AWARENESS, YOU TOUCH EVERYTHING.”
– LAO TZU

TRADITIONAL CHINESE MEDICINE & CHRONIC PAIN MANAGEMENT Mission Statement: To influence a profound wellness in every human so that stress and toxins no longer cloud our judgement or hinder our vitality. Vision: To align each human with their primal matrix so that humans nourish and are nourished by the planet. Rebecca specializes in autoimmune disorders, …